How To Cure Sinusitis

How To Cure Sinusitis

Sniffling. Runny. Sneezy. Itchy. Blocked.
If you live with one of these types of noses, then you are suffering from a very common condition that affects millions of people: Sinusitis (also known as rhinitis or rhinosinusitis). And how to cure sinusitis is often what is on the minds of these millions of people who suffer from it.

Sinuses are the cavities in our skull that fill with the air we breathe through our nose. In order to protect this passage, mucus is produced to help keep it clear of pollutants and allergens. But sometimes the tissue surrounding these cavities get inflamed, blocking the passage of air and trapping the mucus which is meant to protect us – turning the entire breathing process into the breathing nightmare called sinusitis.

How to treat, cure, medicate and prevent sinusitis will vary according to what is the cause.
The two most common causes are respiratory infections (colds, flu) that are brought on by bacteria or viral infection, and allergies (to various culprits like dust, dust mites, pet dander, pollen, mould etc). Other causes may include nasal polyps (tissue growths) that have developed in the nasal passage or sinus cavities, a deviated nasal septum where the wall between the nostrils are crooked and restrict the airflow in the sinus passages, or other immune system related diseases. 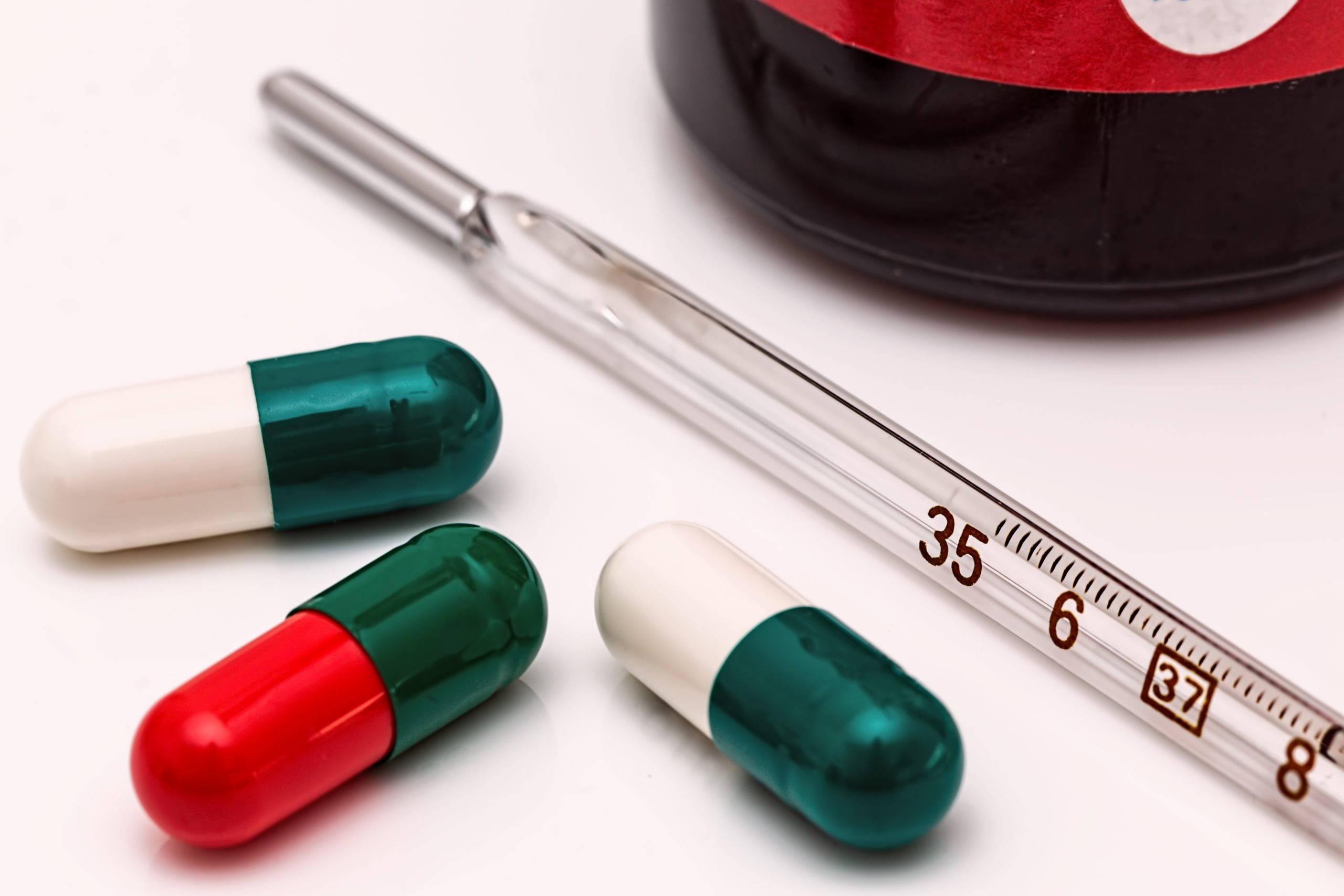 Antibiotics can be the solution if a bacterial infection is to blame. Studies show, however, that few bacteria cause sinusitis (viruses being the main culprits) and point out the fact that antibiotics are often overused. Overuse of antibiotics can lead to other unwanted health complications, and building resistance to antibiotics when you don’t need them will not serve you well when you actually do need them.

Decongestants can help symptoms by lowering the amount of mucus in the sinuses. They can often offer relief, but usually temporary. And decongestant sprays can lead to dependency and more damage than help if used for longer than a doctor prescribes, so it is important to follow instructions.

Allergy medicines such as antihistamines will help if it has been confirmed that allergic reactions are the cause of sinusitis. A proper allergy test with your doctor can pinpoint what is causing the reaction and point to medical treatment as well as strategies to avoid the triggers. Other than antihistamines, allergy shots could be a solution as a long-term treatment to lessen sensitivities.

Steroids in either inhaled or oral forms may be prescribed by a doctor in order to reduce the swelling of the sinus membranes and thus ease discomfort. But long term use of steroids is not good for the body and can cause side effects that can include dizziness, nausea, weakness, weight gain or sleep disturbances.

Surgery can often be a good option for those who suffer from chronic sinusitis that is seriously hampering quality of life. This can remove blockages that medicine cannot address and/or enlarge nasal passages to make them easier to drain. This is an invasive procedure, however, and needs to be carefully considered between patient and doctor.

Humidifying the spaces where you spend most of your time (using a humidifier) and breathing in steam vapors (in a shower, bath or over a steaming bowl of water) can help to ease congestion and decrease the swell in the nasal passages.

Applying a warm, wet towel on the face can also provide some relief from the pressure buildup.

Flushing out your nasal passages with salt water is a great way to clear out mucus, get rid of some unwanted germs and keep your sinuses moist.

Hydrating properly by drinking lots of water is also smart as it helps thin the mucus and reduce blockages in the nose.

If allergies are triggering your sinusitis, it is critical to reduce the amount of allergens in your environment. Reducing airborne allergens flying in the air you breath and cleaning, vacuuming and disinfecting surfaces and fabrics where 90% of allergens accumulate are some of the best long term solutions to treating sinusitis. 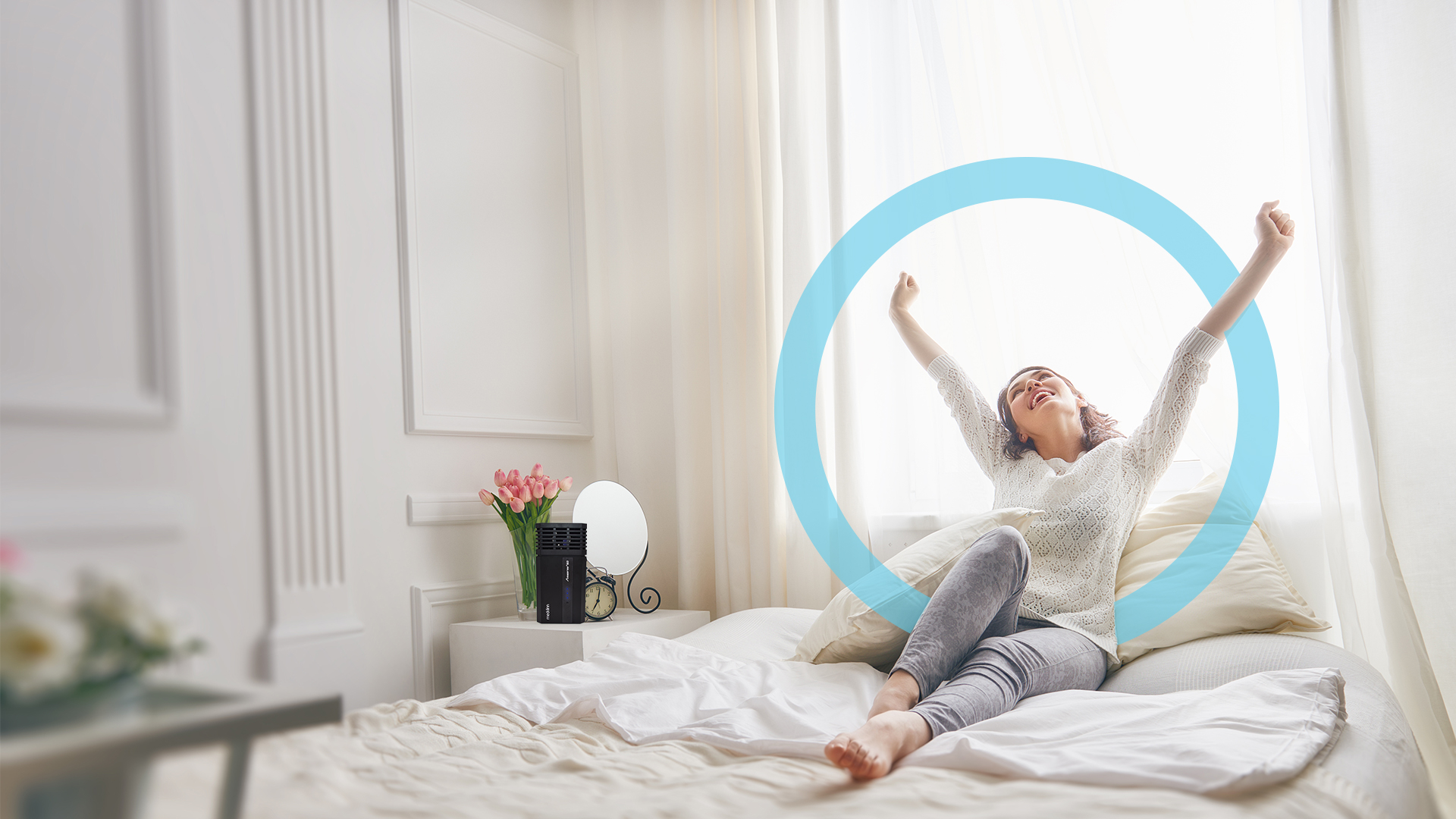 Medklinn’s Air+Surface Sterilizers are one of the best short AND long term solutions to conquering sinusitis because it can destroy sinusitis causing contaminants that are in the air as well as on all surfaces, without the use of any chemicals whatsoever. It’s patented Cerafusion technology works by generating and emitting Active Oxygen into your living spaces continuously 24/7, effectively eliminating pollutants at a molecular level – including 99.99% of bacteria and viruses, VOCs, malodors and an entire spectrum of allergens such as moulds, spores, pollen, dust mite feces, pet dander etc. If you have been a prisoner of sinusitis, Medklinn can offer you the solution to finally break free.